Hello, friends! It is Wednesday, so I am here to make a list of five things in no particular order because I am very bad at ranking things.

Top 5 Wednesdays come from a Goodreads group dedicated to creating prompts for bloggers/youtubers/other things maybe. The group is currently on hiatus for the summer, but the host encouraged people to look back upon older prompts. I had planned to just do the prompts from each past year for each month (like June 2019 would use June 2018 prompts), but I have decided that I am going to let myself chose my favorite of several prompts. Today’s post is from July 2016 and it is all about books that you wish had sequels!

I. Sacrifice by Brigid Kemmerer

Hello, don’t mind me starting off this list by discussing how much I love Elemental. I will also start off with some fun facts: there are five published books in this series, but there was supposed to be a sixth book that wasn’t picked up so was therefore never published. This fact saddens me a lot. I spend a lot of time thinking of what could have been, how much more quality Merrick family content I could have gotten and treasured forever. But alas, I sit here and periodically remember there was supposed to be another book and get sad. Maybe one day, but highly doubtful given that Kemmerer now has way more popular books and is with a different publisher, but maybe. 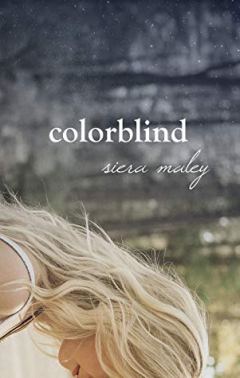 I just finished this book a few days ago and it has really stuck with me. It follows a girl named Harper who can see the age people die on their foreheads. She has gotten used to living with that as best as she can when she meets and starts to crush on a girl who will die in less than three months. I can’t say much about why I want I sequel without spoiling the entire ending, but I would love to see Harper actually go to college and have the future she discussed. I would also like to see how the other characters in the book are doing a few years down the road. Basically, give me this book again but as new adult in college. That’s basically what I want.

III. On A Sunbeam by Tillie Walden 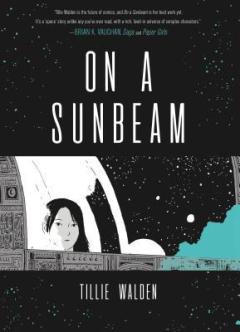 This graphic novel was so much fun! I don’t talk nearly as much as I should concerning how much I love Tillie Walden, but I love Tillie Walden. While I liked the ending of this a whole bunch, it also lends itself to where there could easily be a sequel that picks right back up at the end. This world would also easily lead to a spin off story that hopefully also features a diverse crew (and maybe also no men, I wouldn’t mind), I am not that picky. Basically I just want more Tillie Walden books in my life, it would make me very happy.

IV. You Asked For Perfect by Laura Silverman

I loved You Asked For Perfect so much, like a whole bunch. It was just really good and I was a big fan overall. I liked how it ended, but I feel like it could easily lead to a second book. It could take place while Ariel was at college, we could learn where he actually went to school, if he was valedictorian, if he is actually able to let himself be academic without a lot of stress involved, how his relationship is, how his sister is. Basically, I just want an update. Also if it took place at college that would be great too.

This post is apparently just turning into me begging for sequels to take place while characters are at college and begging for Brigid Kemmerer to revisit her older works. I am not really mad about either of those things, they are very on brand. I enjoyed this story, but I felt like the paranormal aspect and the romance were both very rushed, so I would definitely enjoy a sequel that goes right back into both of those things and sees the characters reactions to them and just how they are handling their lives.

Welp, that is about it from me today. What about you guys, what books do you want to have sequels? Let’s chat in the comments below!

Published by Arin @ Tomes of Our Lives

Hi, I'm Arin! I'm a sapphic book blogger located in the southern region of the USA. I spend most of my time reading, blogging, thinking about reading and blogging, and having emo hours over The Miseducation of Cameron Post and the Merrick brothers. View all posts by Arin @ Tomes of Our Lives

12 thoughts on “Top 5 Wednesdays: Books I Wish Had Sequels”